One round down, two to go! MERLIN’S NIGHTMARE has progressed past the first round of nomination voting to become one…
END_OF_DOCUMENT_TOKEN_TO_BE_REPLACED 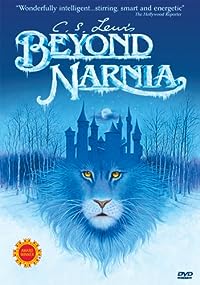 A few weeks ago we watched the documentary C.S. Lewis: Beyond Narnia

While not perfect, this documentary was well done, and I particularly liked the details into C.S. Lewis’s life that I had never known, such as:

The only aspect I found objectionable was that they didn’t end on a clearly positive note of faith after his personal doubts and struggles following Joy’s death. Yes, he was human and struggled, but his faith held firm despite the difficulties, and I think they over-dramatized this.

Personally, I owe an incredible thanks to C.S. Lewis for indirectly leading me to faith in Christ. I say indirectly, because it was exactly that … as much of an indirection as can be imagined.

Here is my story: