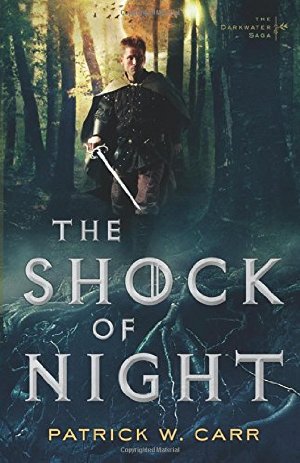 Today I want to review the first page of the opening chapter (not the prologue) of the novel. My opinion is that this portion of writing absolutely must grab the reader. So theoretically, this should be some of the best writing in the novel.

Let’s see how it stands up:

The pounding on my door pulled me from slumber, and I drifted toward waking, my mind a piece of sodden wood floating toward the surface of a lake. I had one hand on the door latch and the other clutching a dagger behind my back before I managed to get both eyes open. Through the peephole I saw a guard—one of the king’s by his dress—standing next to Gareth, a night constable. I snuck a glance out the window of the apartment the king provided me as a lord of his employ. The glass wasn’t of sufficient quality to offer me anything more than an impression of what lay beyond, but I could tell the sun wasn’t up yet.

The remnants of some dream I didn’t want to remember cracked my voice as I opened the door. “What?”

The guard gave me an almost imperceptible bob of his head. My title was the least in Laidir’s court. “You’re needed, Lord Dura.” 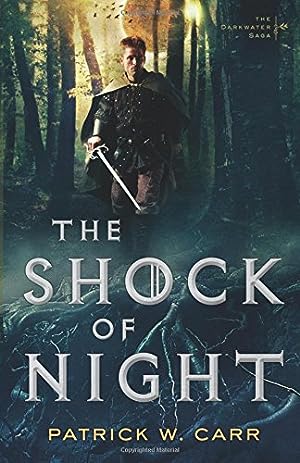 I tried to keep my temper in check. My unique position in service to the king seemed to require the same hours as a midwife’s. “What about Jeb?” I asked, mentioning the chief reeve, the one who should have been awakened instead of me.

Gareth shook his head. “We thought we should wake you first. There’s been a killing in the lower merchants’ quarter.”

A thread of panic shot through my chest, filling my heart with ice, but I kept my gaze on Gareth with an effort. What had I dreamed? I kept my voice steady and played the part of the interrupted sleeper as best I could. “So? What’s so dire about some fool shopkeeper who can’t keep his money safeguarded?”

I stifled my next comment and turned back into the apartment to get dressed. It took me a moment to realize I already was. Only my cloak and boots were missing. Another surge of panic brought me to full wakefulness, and I moved quickly to prevent the guards from entering at my delay. I lit a candle and spotted my cloak lying across a chair on the far side of the room. I crossed over and lifted it.

An oath crossed my lips before I could prevent it at seeing spots of blood on the hem. I rolled it into a bundle and shoved it beneath the armoire before retrieving another and picking up my weapon. All of the city’s reeves wore a sword, but most of them didn’t expect trouble. Except me. I attracted it the way a lodestone drew iron. I moved to a small stand and tucked a pair of daggers into leather pouches stitched into the back of my belt and slid another into the inside of my right boot. Then I tried to reconcile myself to being awake before dawn.

First, let’s look at the opening paragraph. My only gripe with it is that it begins with what in writing terms is a cliche—the main character waking up. Yet even so, Patrick still catches my attention because of his creative writing (“my mind a piece of sodden wood floating toward the surface of a lake”) and his use of the unexpected (“I had one hand on the door latch and the other clutching a dagger behind my back before I managed to get both eyes open”).

After that we are treated to some intriguing facts—our main character is a sort of investigative detective (can you say Sherlock Holmes?!)—and that a strange murder has just happened.

On top of that, he has some major secrets to hide, such as:

Beyond all that, Patrick also fits in a dose of humor (“My unique position in service to the king seemed to require the same hours as a midwife’s”).

So what can I say, Patrick? You’ve grabbed me! Not only am I fascinated with Willet Dura, I’m fascinated with what has happened prior to this chapter as well as what is going to happen.

On top of that, I know full well that if I read on and invest more time in the story that I will be rewarded with an excellent story … I’m in good hands! And so will you be if you pick up this, or any of Patrick’s novels.

So come back tomorrow for my final review of THE SHOCK OF NIGHT!

And make sure you visit the other tour members:

In conjunction with the CSFF Blog Tour, I received a free copy of this book from the publisher.