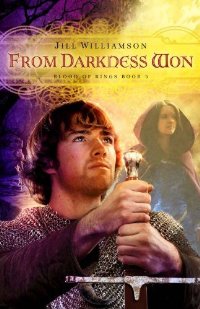 The hugely anticipated book trailer created with blood, sweat, tears, and lots of special effects! FROM DARKNESS WON is the last and ultimate novel of the celebrated, best-selling BLOOD OF KINGS series by Jill Williamson !

Without further delay, here is the trailer:

And yes, yours truly has a short cameo as Sir Gavin Whitewolf, adviser to the King … well, at least a cameo of the back of my head! 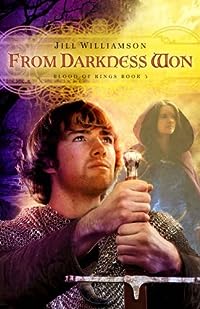 Here are the principal creators and actors:

And the original music score was composed and played by the incredibly talented Jon Maiocco!

And here’s an incredible thanks to everyone who helped support the trailer:

And I apologize if we left anyone out. If so, let me know and I’ll add you to the list!

And for those of you who were part of the Kickstarter project, we are putting the final touches on the awards, so pay attention to your inbox in the coming weeks!

And so what’s next in the book trailer department? Why nothing less than a MERLIN’S BLADE book trailer!

Robert Treskillard is the author of MERLIN’S BLADE, book 1 of The Merlin Spiral, which will be released internationally by Zondervan in February 2013.