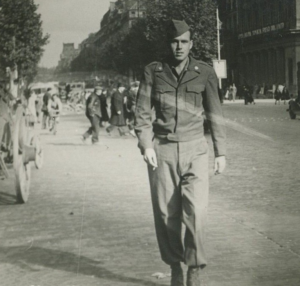 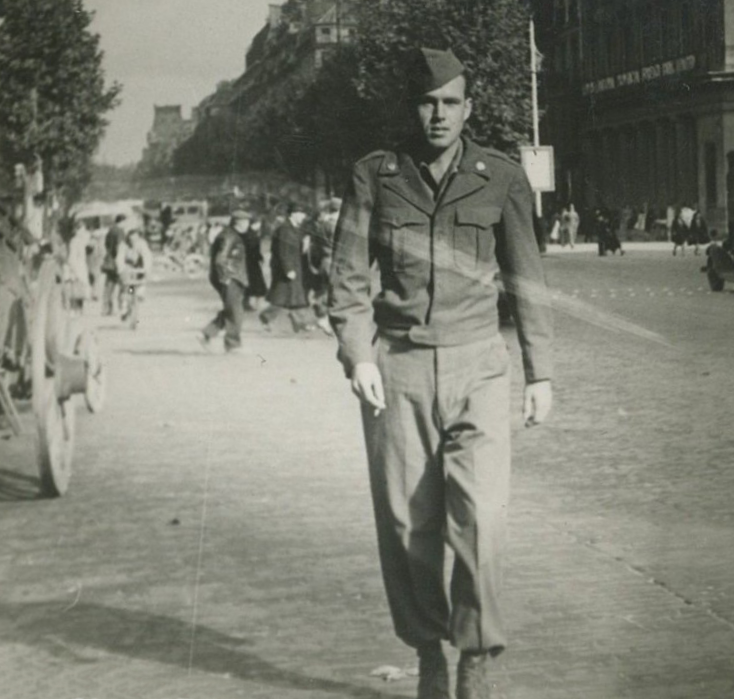 On this Father’s Day, 2015, I would like to honor my father, Donald, and talk a little about his life and legacy.

Born to the son of a Czech brewery owner and the daughter of a German brewmaster, he grew up in western Minnesota during the Great Depression and learned art from an aunt. He quit school, married young, and spent his early years as an itinerant sign-painter. After two sons were born, he was drafted in World War II and was sent to France where he fixed jeeps and also painted signs to help the swiftly advancing troops know where to go. After the war he became divorced and raised his two sons alone.  Later he met his second wife and had four more children. In the late 1960’s he started a rubber parts business and its success meant he had to give up sign and portrait painting until his retirement in the 1980s. He passed away December 1991 at the age of 71.

As the youngest of his six children, I was 24 when he died. Now that I am 48 … I have now spent half of my life without him, and that is hard to believe.  My two oldest half-brothers were more like uncles to me, and one had four children before I was born, making me “baby-uncle”.  This also means that, since one of my nephews is a grandfather, I am now a Great-Great-Uncle … very strange!

My father had many faults, and these have left a legacy of scars throughout my extended family … as well as myself.

Yet he also had many positive traits, among them was his artistic skill, which he endeavored to pass on to any who would learn from him. This artistic legacy still lives on to this day.

(And I also must say that, not knowing my extended family as well as I should due to distance, there are probably many more examples than I have listed…)

My father’s greatest painting was an incredible reproduction of Karl Friedrich Lessing‘s masterpiece “Die Tausendjährige Eiche” (The Thousand-Year-Old Oak).  This huge painting sat over the couch while I was growing up, and I never tired of studying its skill, symbolism, and beauty.

Today my nephew Josh has it proudly displayed in his New Jersey home, and I have seen it twice while visiting him.

Once I took some photos of it.  Unfortunately, one photo (taken without a flash) turned out blurry, and the other, though clear, had camera-flash that whitened out the center.  Today I have combined these two photos to make the best of both: the crispness of the second photo around the edge, with an overlay of the blurry section to fix the flashed-out center.

You may click the painting to see a larger version, and then click that once again to zoom in. 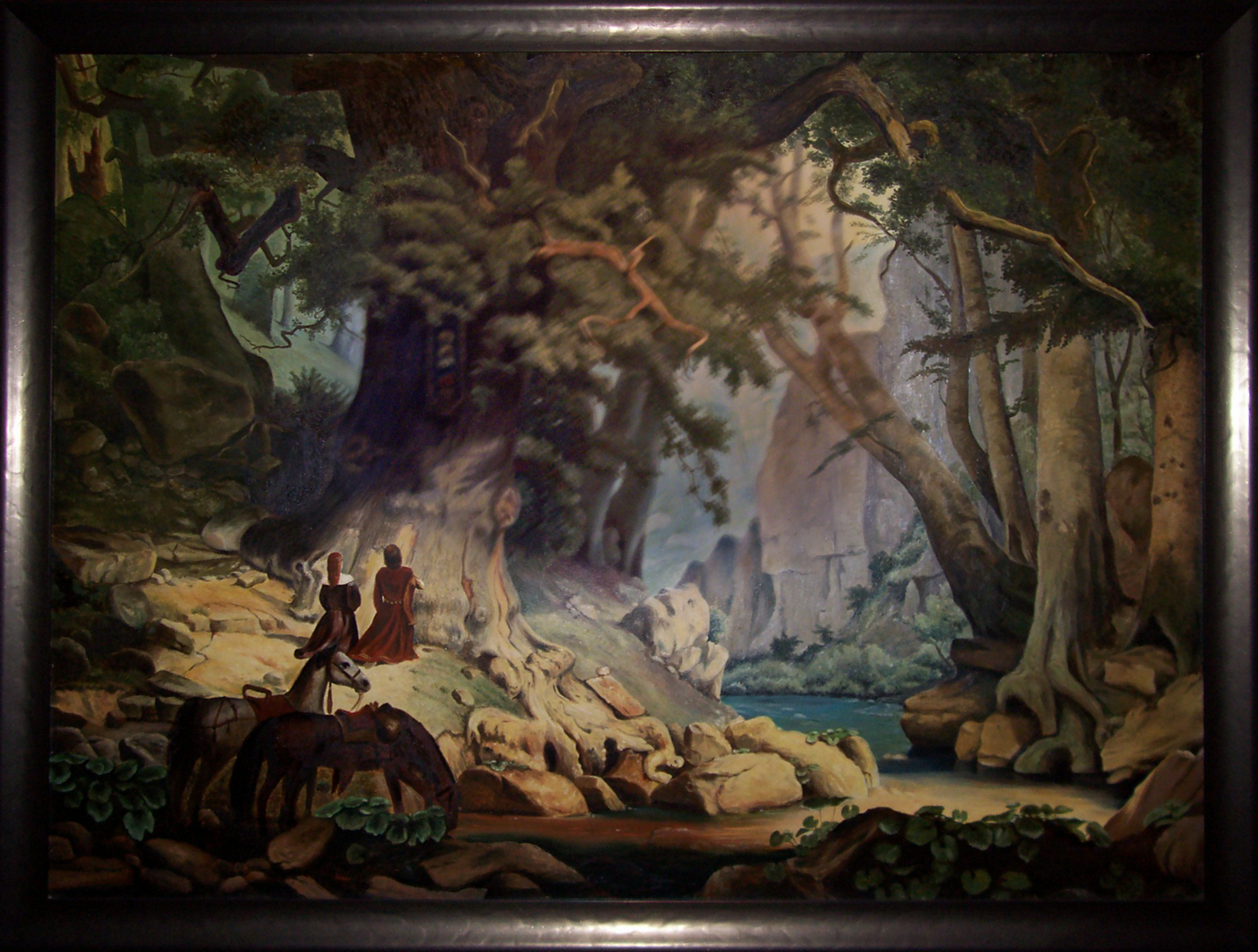 If you would like to compare this to the original painting by Karl Friedrich Lessing, click here, and you will be quite surprised by my father’s accuracy.

3 thoughts on “Ode To An Artist: My Father”