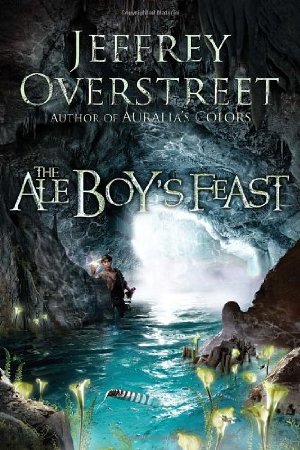 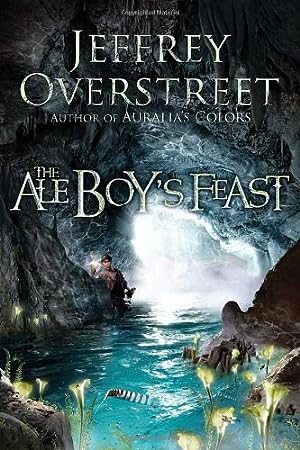 Today is day one of the CSFF Blog Tour, and we are reviewing the EXCELLENT craftsmanship of Jeffrey Overstreet.

In particular, we are looking at his fourth novel, THE ALE BOY’S FEAST, the white strand of the Auralia Thread.

I’ve raved over every cover to date in this series, and I must say that this last one is excellent. It is also the brightest cover to date, which is very appropriate to end the series with, considering the dark days through which we have traveled the lands of the expanse.

Books One Through Three

I reviewed the first three books of this series as part of the previous CSFF blog tours, and if you are not familiar with the series or that book, please take a look at these posts:

Not only have these posts proved popular on my blog, but the first one is STILL MY MOST POPULAR book review of all time. 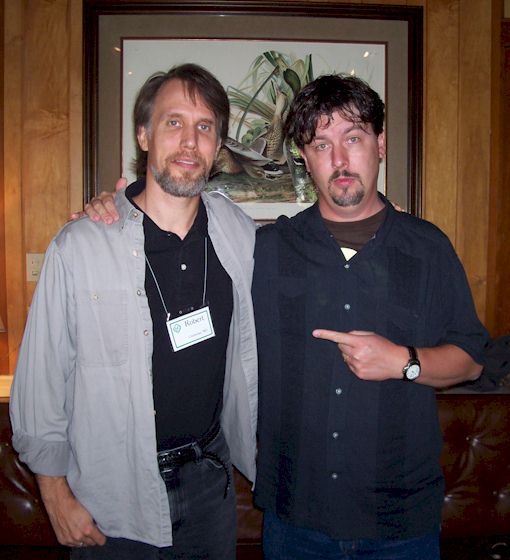 In the past, I’ve always jumped into the plot at this point. Today, I will begin with the author, since I have now met him in person at the Laity Lodge Writer’s Retreat and have sat under his excellent teaching.

Jeffrey is a humble, caring, and contemplative person who thinks deep thoughts about story-telling, Christianity, and the world we live in. One of the best ways to get to know Jeffrey is to sit in on one of his video talks, and you can do so by clicking right here. Don’t miss it!

In particular, he really likes the Muppets, and I had the pleasure of hearing him sing a modified “Rainbow Connection” while holding a Kermit-like green sock-puppet playing a Banjolele (a ukulele like banjo). Very hilarious. 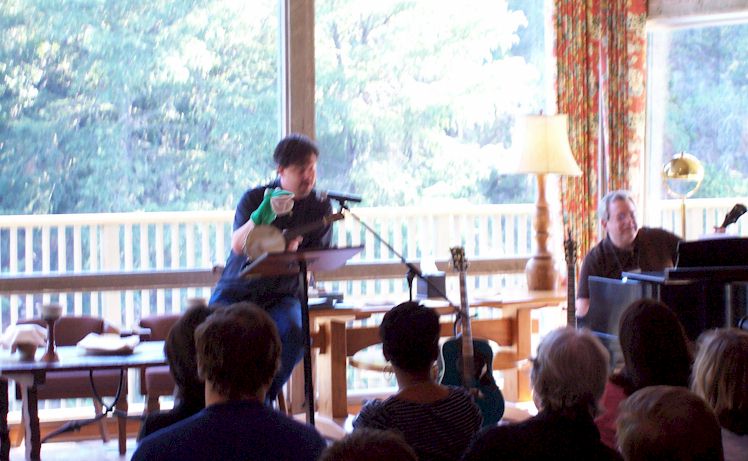 A short bio: Jeffrey lives in Shoreline, Washington with his wife, Anne. He is a contributing editor for Seattle Pacific University’s Response, posts perspectives on art and entertainment at LookingCloser.org, and his reviews have been published in ChristianityTodayMovies.com and Paste. His movie-going adventures are chronicled in his award-winning book, Through a Screen Darkly.

The Plot of The Ale Boy’s Feast

The king is missing.

His people are trapped as the woods turn deadly.
Underground, the boy called Rescue has found an escape.

Hopes are failing across The Expanse. The forests, once beautiful, are now haunted and bloodthirsty. House Abascar’s persecuted people risk their lives to journey through those predatory trees. They seek a mythic city – Abascar’s last, best hope for refuge – where they might find the source of Auralia’s colors.

They journey without their king. During a calamitous attempt to rescue some of his subjects from slavery, Cal-raven vanished.

But his helper, the ale boy, falling through a crack in the earth, has discovered a slender thread of hope in the dark. He will dare to lead a desperate company up the secret river.

Meanwhile, with a dragon’s help, the wandering mage Scharr ben Fray is uncovering history’s biggest lie – a deception that only a miracle can repair.

Time is running out for all those entangled in The Auralia Thread. But hope and miracles flicker wherever Auralia’s colors are found.

These books will appeal to anyone who loves fantasy—not just Christians. The spiritual themes are subtle enough, yet thought-provoking, that they would make a great gift for non-Christian friends (starting out, of course, with Auralia’s Colors).

A warning: the books are for mature teens on up due to some very minor adult content and intense, frightening scenes.

There is AN INCREDIBLE AMOUNT to like in this novel:

Really now—The BIGGEST minus is that I was saddened by all of the poorly written reviews in Amazon where the person gave a bad rating but admitted that they hadn’t read the previous books.

Let me say it once… NEVER-EVER-EVER give a book a bad review if you haven’t read the previous books in the series. It’s just not fair. Talk about what you liked, that’s fine. But don’t complain about how confused you were. Don’t spout off your fevered exasperations. And don’t set the stars below a four. If you can’t abide by that, then don’t write a review. Leave it to those that have read the whole series to review it. Get the other books … read them … and then write your review!

With that said, the only thing that caught me was a few of the unfinished romance threads in the book, such as Emeriene’s. But I must forgive Jeffrey for not tying everything up in a neat little package, for the story, ultimately, was not theirs. This is the story of Auralia, Cal-Raven, Jaralaine, Jordam, and the Ale Boy.

Another advantage of leaving a few threads hanging? I will continue to think about the book and mull it over in my imagination long after I’ve finished it.

An example of this is Stephen Lawhead’s character Pelleas. He disappears, and we only get hints as to what happened to him. I still think about his fate.

But life is like that. I still ponder many events and mysteries in my own life that I have no answers for— and will never have answers for this side of eternity.

This is an image from one of the alternative covers for the book. While I really like the focus of the current cover on the fantastic cave, this other option showed us more of what the Ale Boy looks like.

Let’s just say that he’s been my favorite character all along, and I was very pleased to see that the last novel highlighted him.

The really neat thing is that the title of the book, THE ALE BOY’S FEAST, will only take on its final, real, and lasting meaning in the second to last chapter.

Make sure you come back tomorrow when I’m going to dig into the book and give some examples of Jefrrey’s incredible writing!

Here are the other participants to the CSFF Blog Tour who are also reviewing THE ALE BOY’S FEAST:
Skip back to main navigation